Detective Scott McGregor’s best friend, Ryan Talbrook, will be arrested in the first Lynn Carter cozy mystery. I tried to imagine what incarceration would be like and wrote this letter from jail. 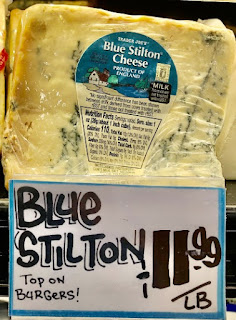 I am ashamed to admit I have been arrested twice in the past week and am writing this from an 8x10 jail cell.

The first arrest was for loitering in the frozen food aisle at the grocery store during this heat wave. My defense of being old and having trouble remembering what I was there to buy was not believed by the judge who had heard the same defense by the seven other customers picked up at the same time. (Three of them are in the cell with me. We’ve been sharing recipes.)

My second arrest was for biological terrorism using the US Postal Service. The main Portland P.O. sorting station was evacuated yesterday. They traced the return address of the stink bomb to me. I was charged with violating the Stilton Act of 1997 which states “no stinky cheese should be mailed through the U.S. Postal System without proper refrigeration.” How did I know it would take 17 days for the cheese (your birthday present) to travel from HB to Astoria? I’d included an entire tray of ice.

So, Dearest Brother, Have a Great Birthday! and if you can spare the time, please call the Feds and give me a (good) character reference. Although I can raise the bail, they won’t let me out on my own recognizance.

In other words, another year, still no present.