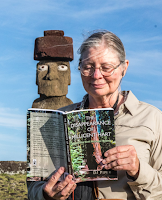 DJ Piper is the creator of the Detective Scott McGregor mystery series. She began writing near retirement age when she joined the online writing community National Novel Writing Month in spring 2017, and indie published her first novel, The Disappearance of Millicent Hart, in 2018. With over a dozen storylines in the works, her goal is to publish a Detective McGregor mystery every year. 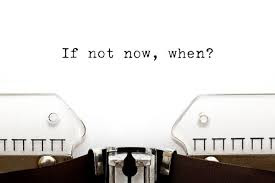 Have you ever thought about writing a book? Until 2017, my answer would have been an emphatic ‘No!’ But it’s surprising how a minor comment or incident can spark the creativity that develops into a book. Or into a series of books. That’s what happened to me.

One of my friends is a published author. Being interested in her books, and being overly ‘helpful’ to a fault, I had suggested characters and plot scenarios on multiple occasions. On one occasion, a dream image lingered into my waking moments, and I realized it would make a good mystery. I brainstormed characters and plot development, then presented this jewel to my friend.

Surprisingly, she suggested that I write it myself. And she suggested joining Camp NaNoWriMo (National Novel Writing Month), an online community of writers who crank out rough drafts in a month. The thought seemed overwhelming at first, but I joined, set my word goal low, and surged past that word count on my way to becoming a writer.

I didn’t finish my first novel that month, but I continued developing, revising, and editing my draft. My characters became real to me and occasionally interrupted my progress with new plots and characters for the second and third books of the Detective Scott McGregor mystery series. A passing comment from my author friend sparked the character and plot development for the fourth in the series.

If you wonder if you have a book in you, allow yourself the freedom to find out. Once you start, you may discover ideas flowing from untapped depths and that the book, or books, almost write themselves.