Tied up in Vegas 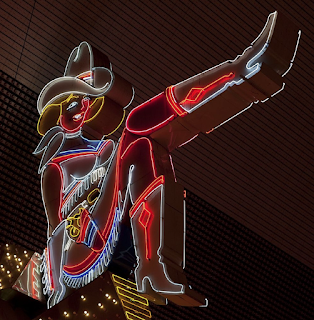 The second Detective Scott McGregor mystery, Murder Goes on Vacation, has McGregor, his girlfriend Lynn, and his best friend Ryan in Las Vegas for a computer convention where a woman collapses in front of them. She did not die of natural causes and a murder investigation ensues.

Scott knows his detective skills would be valuable in the investigation. The problem is that he has no jurisdiction in Vegas and is not allowed to assist because he’s a witness. He manages to make a few benign-sounding comments that are acted upon in the investigation, but he’s warned repeatedly not to interfere.

With his hands officially tied, the binds chafe his behavior but not his determination. He knows he would investigate unofficially if the need arose. 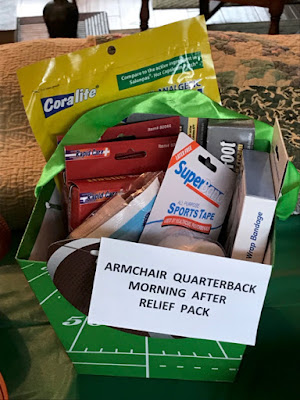 Guest post by Detective Scott McGregor who attended a Super Bowl party thrown by his best friend, Ryan Talbrook, who teaches at the university.

Even though I love football, watching the party goers was more exciting than the game. Several mathematicians and statisticians debated hotly over the appropriate weighting of team variables in predicting the winner. Two die-hard Steelers fans attended wearing Steelers jerseys, rooting for the Rams to win to preserve the Steelers’ singular claim to the most Super Bowl victories. Several grad students intended to celebrate team touchdowns with shots of tequila and ended up dismally sober.

A football pool was created, and the winner of every quarter received a cheap trophy. The winner of the game received the grand prize, the “Armchair Quarterback Morning After Relief Pack” full of sports injury-related remedies: elbow, knee, and ankle supports; Ace bandages; sports tape; cold packs; and athlete’s foot ointment.

Great party. Hoping for a more exciting game next year.