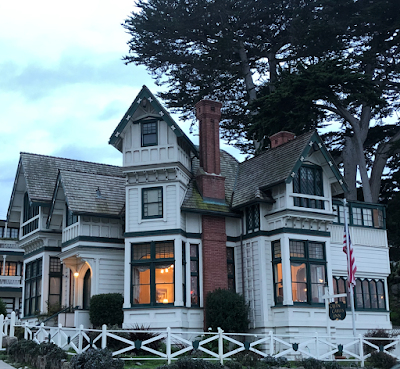 During the Martin Luther King holiday weekend, I joined the Tea Travellers for a walk-in-the-footsteps trip up the California coast by train. The trip celebrated J.S. Devivre’s Tea Cozy Mysteries, a five-book historical series set in Pacific Grove in the 1920s. As in the books, we visited Hearst Castle and Carmel, and stayed in the Pacific Grove Victorian bed and breakfast that was the fictional protagonist’s home.

Now that Detective McGregor’s second case, Murder Goes on Vacation, is almost ready for beta readers, I’ve been thinking about a book release party. The second book is set in Las Vegas although McGregor is on the Fresno police force. Both locations are unwieldy for an afternoon book launch party. The Las Vegas setting is a computer convention, but I’m guessing computer stores don’t allow parties in their aisles. However, there are some casinos in the area… 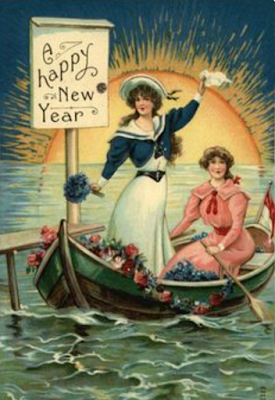 Last January, I made a list of resolutions for 2019, but failed miserably keeping most of them. This January, I prefer to list my accomplishments from last year.

One of my mature friends told me he got wiser with age and stopped making New Year’s resolutions. I’m jumping on his boat.

Best wishes for a happy and fulfilling New Year!