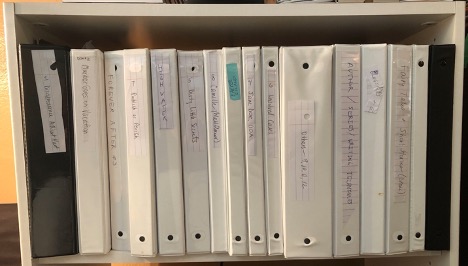 I started with one scene idea. It was an image in my mind when I woke one morning. Brainstorming converted that image into a plot. The plot came alive and converted itself into a series. 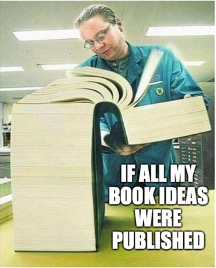 Once my imagination and creativity muscles got a little exercise, they took over. Story ideas pop up unexpectedly. Last week, for example, the weather was hot and humid. As I tossed and turned trying to sleep, my discomfort transformed into an opening scene for a new mystery story idea. Not all the ideas are keepers, and some are blended into other stories as scenes or sub-plots.

A year or so after I started writing, I bought a new bookshelf and recycled some old binders to keep my writing ideas organized. It helped, but I still jot ideas in notebooks scattered around my house and never quite seem to get them added to a binder.

The ideas pile up faster than the publications. So far, I’ve published two mysteries, one children’s book, and short contributions to several anthologies. If my entire idea collection was published, I’d need a larger bookshelf.