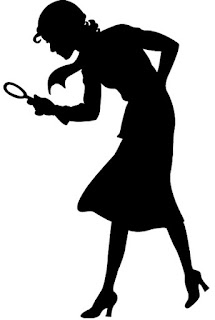 I love reading whodunnits, and I try to identify the killer and solve the murder before the amateur or professional sleuth does.

But loving to read mysteries isn’t the only requirement for writing them. In addition to all the imagination, inspiration, plotting, writing, rewriting, editing, and revising, an author also needs ‘guts.’ Guts to imagine horrific crimes and commit them to paper or an electronic document.

I may not be a natural-born mystery writer. At least, not a ‘murder’ mystery writer. Characters have died in the creation of my books, although none of the deaths – so far – have been intentional. (Are murder-less murder mysteries a thing?)

Perhaps murder just takes practice. The plots I’ve developed for future books have become progressively more violent. The plot for the final book in the detective series is so violent, though, I may not write it.

The next mystery (#4) is the first to have a real (i.e., intentional) murder. It’s also the first in which Detective Scott McGregor isn’t the main character. Instead, his girlfriend, Lynn Carter, takes the lead and will have her hands full trying to solve a murder to clear one of their friends.

Good luck, Lynn. You and I will both be learning on the job. You’ll learn how to find clues and follow leads. I’ll (hopefully) learn how to write a cozy mystery.