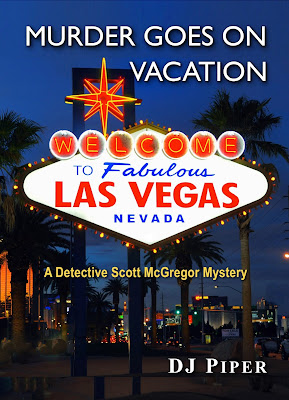 The long, dark nights of editing and revising are over, and the writing solstice of publication has arrived. Scott McGregor’s second case, the mystery novella Murder Goes on Vacation, is now available on Amazon.

Fresno Police Detective Scott McGregor was looking forward to an exciting weekend with his girlfriend in Las Vegas, until a suspicious death changed his plans. With no jurisdiction in Vegas, McGregor is warned repeatedly not to interfere, but he investigates outside the law, turning up leads before the LVPD. While working the case, he ignores his girlfriend. Will solving the murder be the death of his relationship?

The euphoria of publication lasted moments … Then my publisher read me the riot act. You will publish Forever After in 2021, and you won’t wait until December to do it! Fortunately, the plot and clues for the third story are already laid out. I just need to develop the characters, write crisp dialogue, and describe the stunning Puget Sound landscape.