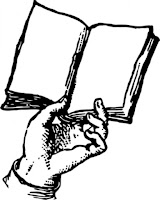 What a strange sensation! I just emailed the draft of “The Disappearance of Millicent Hart” to my editor.

I feel a mixture of subdued elation and numb disbelief, with a bit of shock throw in. I don’t think it’s quite sunk in that my very first novel has moved to the next step along its way to being published.

I had waited so long for the first novel to be finished so I could get back to work on the second, “Murder Goes on Vacation.” But after a day of almost not thinking about writing, I launched right back in… developing the characters and plotline for the eighth in the series.